I definitely have an M.O. when it comes to triathlons: Once a year, London based, sprint distance, friends to do it with, sunny weather.

ITU World Triathlon London 2014: (Entered but DNS due to injury) 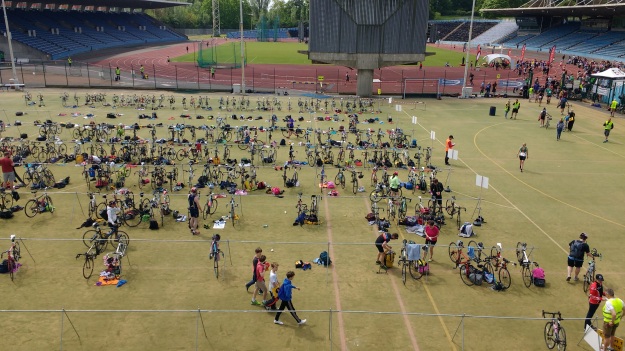 I had heard of the Crystal Palace Triathletes Triathlon for a few years now, gaining a reputation in the Serpentine running club as one of the best events to do in London. It sells out quickly every year and for good reason. Great venue, well organised, and the some of the friendliest volunteers on the course. It’s a good mix of beginners, returning regulars, and speedy AG’ers all mixed together to make the perfect triathlon soup.

In the chaos of moving I didn’t have all the time in the world to get ready for this triathlon, but found some time on Saturday to throw my things in a pile and pack the basics. 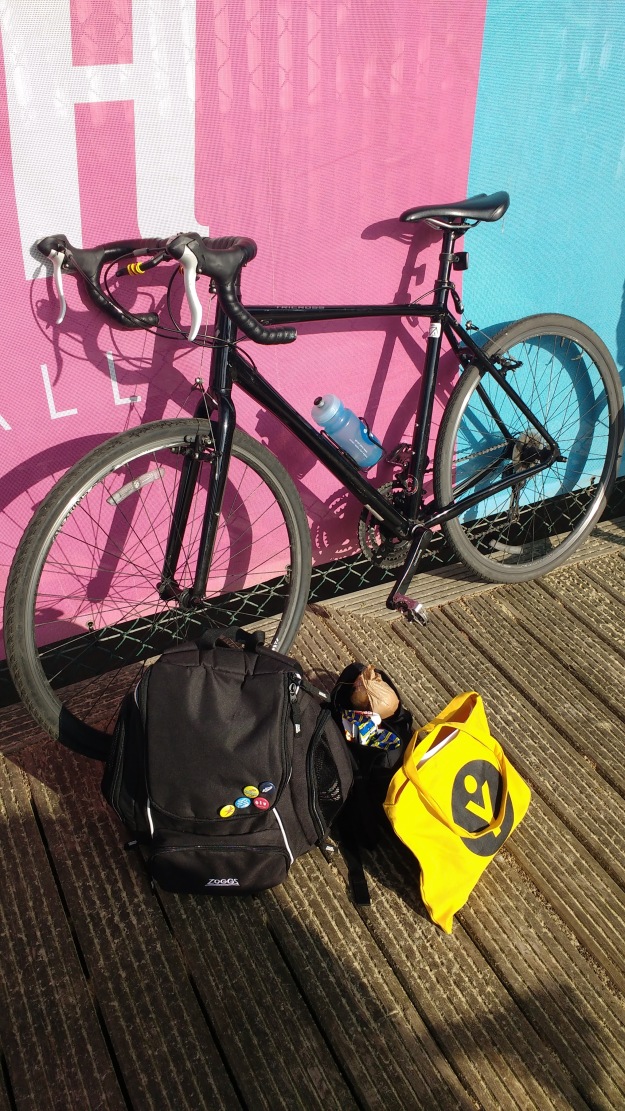 I took the Overground all the way from North London easy enough and arrived at the recommended hour before my start time and picked up my stickers and race pack by the beach volleyball court and had everything stuck on the right place before I got into transition to rack my bike and get ready.

Everything laid out on my towel I headed into the Sports Centre to the pool to pick up my timing chip and line up for the swim start. I was pretty nervous as haven’t been swimming in a few (many many few) weeks and even though feel better in a pool than OW, was still a bit apprehensive of racing the swim.  We were seeded according to predicted 750m time but two people still passed me in the first 50m. A few more in the first 300m and then I passed 2 people and I think 1 passed me in the last 100. It was all very civilized though compared to a mass OW start. 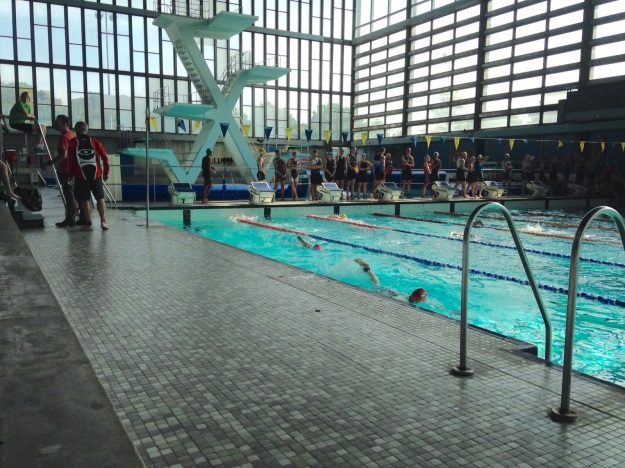 As I was walking to T1 out of the sports centre and down some slippery stairs I took my time so much an official mentioned I could run if I wanted too. Oops, it was time to turn on some competitive spirit. Vest, helmet, shoes, race belt on and I was out of the transition and straight towards the hill. The bike & run courses at Crystal Palace are hilly and there is one sharp/steep hill that you do each lap and gets everyone. I was going right down in my gears to spin up it from the first lap. But as the amazing volutneer marshall half way up the hill kept saying, just spin it out, don’t fight the bike and save your big gears for the downhill. And wheeeeeeeeeeeee eeeeeeeeeeeeeeeeeeeeeeee! I sure did. Flying down across the top of the lap and down the hill was so much fun that you’d almost forget about that hill coming up again, and again, and again.

I knew 9 laps was going to be hard to count, and my watch was in miles so couldn’t’ do the maths to = 20km. I ended up tying 9 hair ties (in Serpie colours obvs) on my handle bars to count the laps and tossed one each lap. I saw Laura F on the hill each lap and she was a great cheerleader and photographer, along with all the other amazing supporters on the course. A short aside: there are a million reasons to join a running club (ahem Serpentine) but a huge one is the amount of support you get at any race you enter. There were at least 10 people cheering me on each lap AND 3-4 of the marshals were Serpies so they were giving us extra cheers and motivation along the course. Even if it wasn’t Serpies, the other tri clubs that had their supporter tents set up were cheering everyone else in clubs on with “Come on Serpie!” and it just makes for such a great racing experience. I’ve noticed it at almost every race (even the Rome Marathon!) but it was just extra pronounced on Sunday.

After the final climb and final wheeeeeeeeeeeeeee downhill I turned into transition and took 3 minutes to do my hair apparently. The drama of hair not long enough for plaits but too long to leave loose. Pony tail sorted I set off on the run absolutely f*cking loving it. Nothing makes you love running more than swimming and cycling before it. I pranced up the hill (photos show more of a slog, but I felt like I was prancing!) and around the not-very-scenic out-and-back parking lot section and back down the hill and then did the same for my second lap. You don’t really know who is in front of you due to the way triathlons start, but I passed a few guys on the hills and felt like I was keeping a decent pace with wobbly legs. 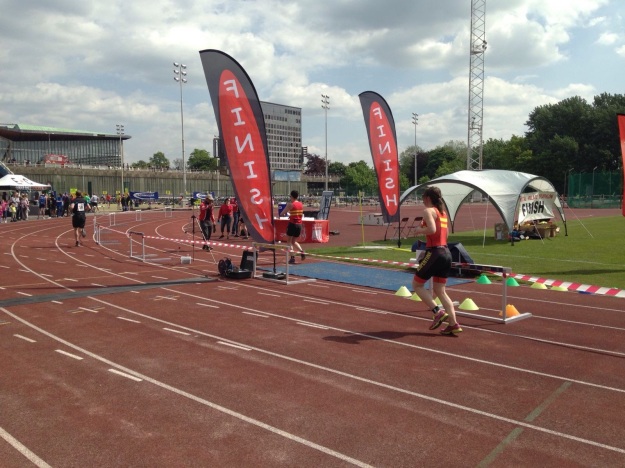 Which brunette Serpentine am I?

It was starting to get quite warm as I ducked onto the track for the last 600m and finished with a smile on my face and headed straight for the water table. After a quick walk-by the cake and kit stalls I grabbed my stuff from transition, did a quick change, and met Alex, Laura, Phil, Helen, and friends for a much needed picnic. I was starving.

I could write a whole other review of the picnic (it was delicious) but back to the triathlon. I can’t say enough good things about the Crystal Palace Triathletes for putting on such a great event that was both welcoming to beginners and a favourite of returning speedy triathletes who return year after year. We were given a travel coffee mug and a musette with our registration and I can see both coming in handy for carrying post-race picnics to my next event.

If you like friendly and fun triathlons make sure to get on the Crystal Palace Triathletes mailing list if you want to enter next year’s race. Sign up is usually a Sunday night so get it in your calender and before you order your takeaway, enter a triathlon.