While I didn’t compete in the ITU World Triathlon London last weekend due to injury, I spent the past few months training up for it and that included jumping into a wetsuit and into some open water. (If you want to read about the Triathlon check out Katy or Laura’s awesome race recaps) 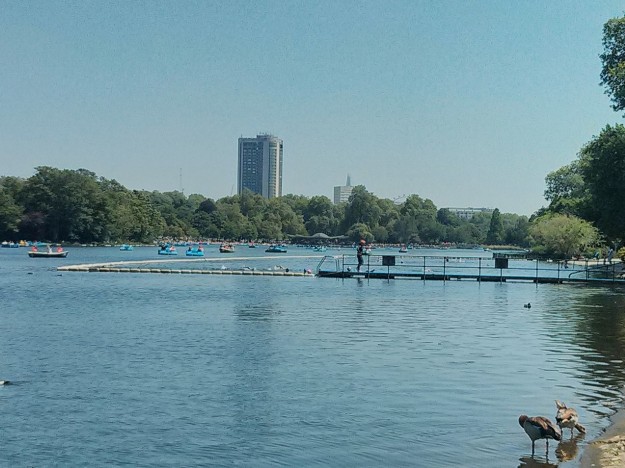 I’ve written before about how I really enjoyed swimming in the pool and seemed to pick up where I left of in the Canadian Red Cross swimming lessons 15 years ago. I just wasn’t too sure how that would carry to being able to swim in a wetsuit in a lake.

First things first, last year when my husband took up triathlons he rented a wetsuit for the season for about £75 and then at the end when he realized he loved triathlons (really he just loves the swimming and puts up with the other two disciplines) he was able to purchase it outright for another £30. Kinda like a try-to-buy idea and in the end cheaper than buying one from a store.  I followed suit (lol) this year too and rented form hireawetsuit.co.uk with minimal fuss and super speedy delivery. I’ve worn a lot of wetsuits before for surfing, and I didn’t realize how different & delicate triathlon wetsuits are, until I put my finger right through it while trying it on the first time. Oops.  Luckily we have some Black Witch in the house so I got my first fix a wetsuit lesson there and then. 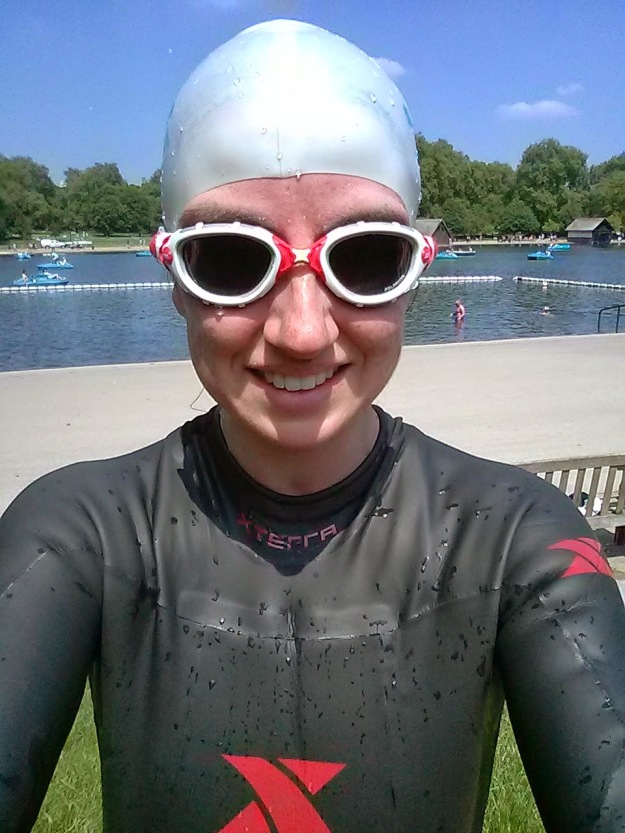 Only after I was almost attacked by a Swan was I told you shouldn’t wear white swim caps that look like baby swans.

With the wetsuit back in one piece I took it to the Serpentine Lido on a Sunday afternoon for its first dip. The water was actually pushing 17* so most people were without wetsuits but I needed to practice swimming with this magical buoyancy everyone promised. I don’t know what took me so long to find the Serpentine Lido, but it’s such a nice spot in Hyde Park! As far as open water spots go it’s very friendly and forgiving with a sloping beach so you can swim where you can always touch the ground if you so want.

It wasn’t too busy the day I was there so I set off to do a few 100m lengths slowly to test my arms and legs in the wetsuit.  Right away it was clear my butt was more buoyant than usual and I had to turn my shoulders more to get full strokes. The most shocking thing though was that I lost all ability to swim in a straight line. The murky water made it impossible to sight unless you brought your head out of the water completely. Luckily there were two girls near me training for the Great North Swim who gave me some sighting tips to work on which helped a bit, as did breathing every 3 strokes instead of 2 to keep a bit of balance. 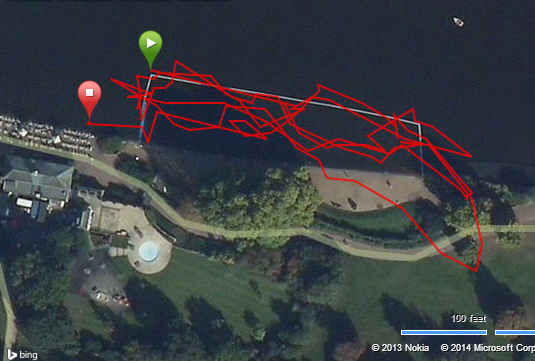 Garmin thinks I can swim on land. Ace skill

I definitely felt some fatigue at about 50m each lap where I’d usually stop if I was swimming at the Olympic pool, but all in all it felt good to just swim without the constant stopping, turning, and passing. I did about 800m before getting out of the lake to enjoy an ice cold coke (for bacteria killing purposes only of course) and crisps in the sun. Not exactly practising my transition skills, but life skills nonetheless.

I really enjoyed open water swimming and was gutted to not get into my wetsuit on Sunday so I’ve signed up for a few Open Water swimming sessions this summer and am looking at doing an Aquathon while these London ponds are still warm!

💕 Doorstep photos last week with @veronicaaguilarphotography to document those lockdown hairstyles.
How are we making it work? Lots of croissants.
Sunday sofa
Pink food colouring is on our list of essentials.