Yep, another cross country post. This Saturday I ran a Met League meet at Wormwood Scrubs.  Not the most inspiring venue, but actually a great course that was soft underfoot but not too muddy. Storm Desmond threw a bit of wind into the mix making some parts of the course more about survival than moving forward. 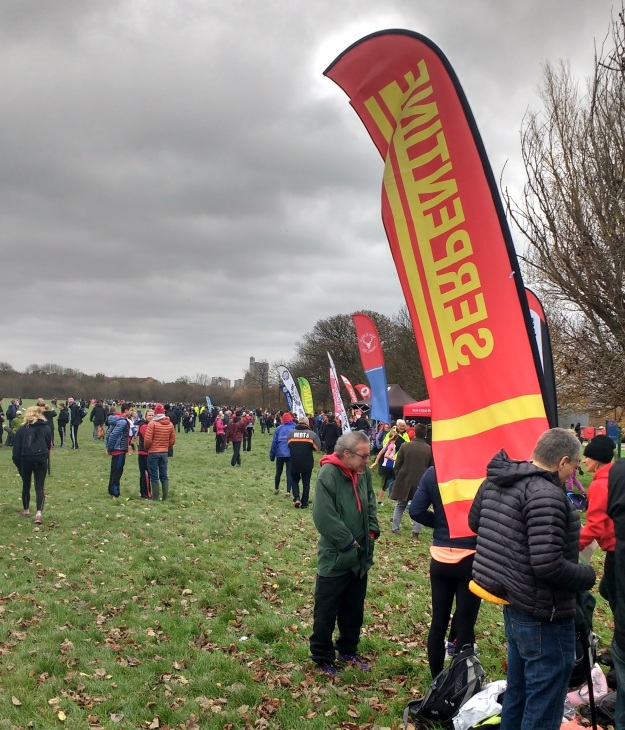 It was a great race with a huge Serpie turnout for both men and women. Lots of cakes after and a big contingent down to the pub after the races. I felt amazing during the race and really pushed it to gain places and start getting comfortable running around 8 minute/miles again. 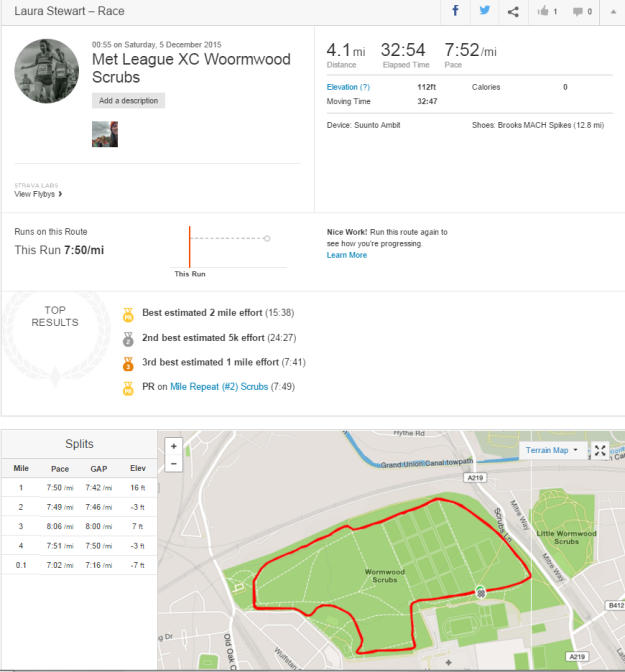 And because cross country isn’t all well posed photos, here’s a photo of me looking my best during the race. Running up one of the hills on the course after just passing the Highgate woman behind me trying to keep the place and not let her go by me. It’s as glamorous as you will ever see someone running in the middle of December on a windy course in short shorts and a vest. 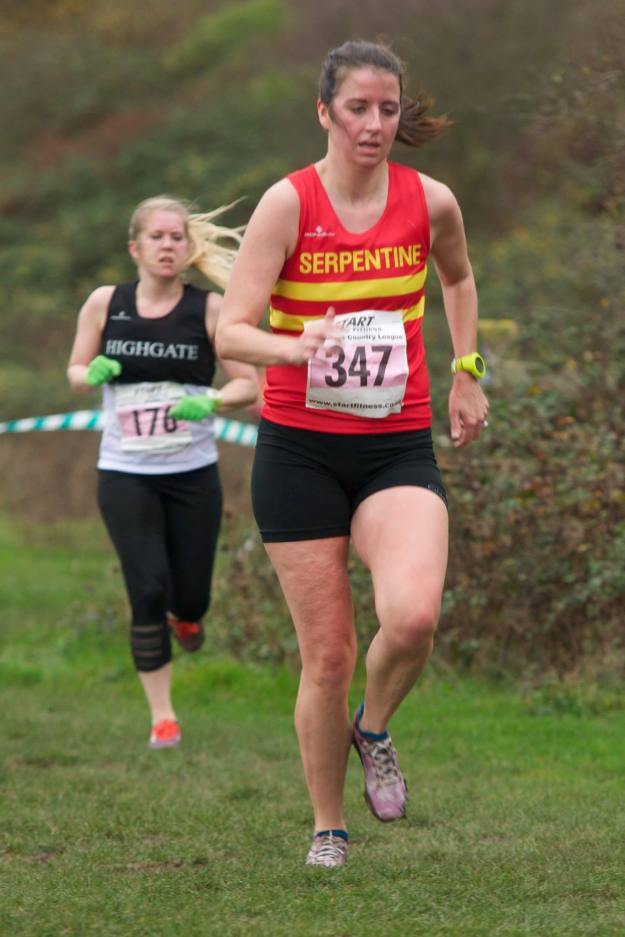 After the race we headed back on the course to cheer the men on. They did 3 laps of the same course we did. Fun Met League XC fact: All results are recorded as 6k for women and 8k for men, but each course varies in distance. The Wormwood Scrubs course for women (2 laps) was actually 6.5km. This is why cross country is so different in the UK compared to American races. Plus, in America they seem to always race on pristine golf courses with no mud. 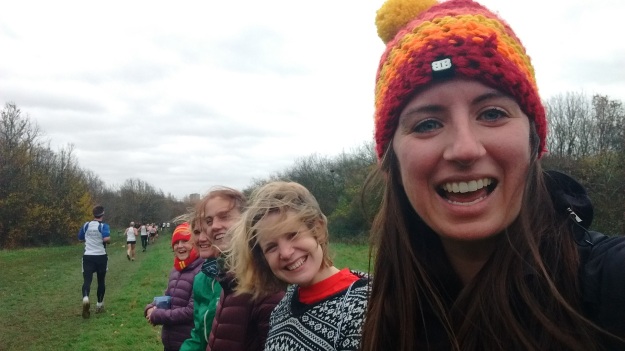 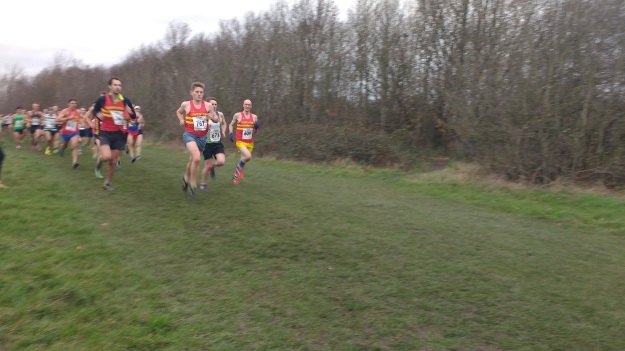 Anyway, that cross country finished for 2015. A bit of a Christmas break and then back at it in January!