I’ve been running for 5 years now, enjoyed participating in beginner running groups, women’s only running groups, training sessions put on by brands and companies, having a coach, and coaching myself. You name it I’ve probably done it. But now, as a 32 year old woman who doesn’t need encouragement to ‘just run’, is comfortable running lots of distances, and isn’t aiming to be an elite athlete on her way to Rio, where do I go? How do I keep improving?

This question has been at the front of my mind this year since I started my Coaching in Running Fitness qualification with England Athletics. Currently there is a lot of emphasis on getting people active and rightly so. Sport England, London Sport, Women in Sport and England Athletics are just a few of the organisations who have put this at the front of their strategic goals for the next few years. This is great, but it’s not a magic pill that will turn a sedentary population into an active one, especially in the case of the female population. I argue that there is too much attention and funding going into the “beginner” end of sport for women that we are creating a situation that is bound to fail and be back at square one in a few years.

Beginners aren’t beginners forever. They grow with the sport and develop with the people and friends they meet along the way. They might improve their times, stretch their distances, even set some big goals. There needs to be a development pathway to support them or else they’ll get bored, drop out and be back at that why bother stage.

I’m not saying everyone is going from beginner to high performance athlete at all. In fact, this is my major critique of organisations like Reach Coaches, who seem only to speak about supporting beginner coaches (or, sorry, fun activators, as they want to be called) or elite athlete coaches. NO! There is a middle ground. A BIG ONE. My first problem comes with the traditional pyramid idea. Beginners at the big bottom up to elites at the tiny top. Fine, it’s simple to understand and broadly illustrates the athlete population. What about people who aren’t aiming to be elite athletes? What if my goal is to run a sub-4 hour marathon? To be able to run 1:35 half marathons consistently and enjoyably? To qualify for my run club’s 4×400 competition team? These are all very middle-of-the-pack goals and nowhere near elite athlete performance, but they are the goals of many former-beginners who were brought into the sport thanks to the funding and promotion of the above groups. I mentioned on twitter I’d like to see an athlete tree with beginners as the trunk of the tree growing up and into many different branches eventually leading to their goals, the many leafs on a tree.  Right now, the picture looks like a massive stump with one or two leaves at the top on their way to Rio. 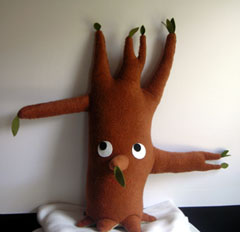 Thanks to google images for this cute tree that looks like our current athlete development pathway. 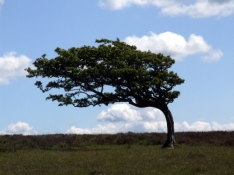 An future athlete development tree (blowing in the wind?)

I am lucky enough to know a lot of talented female runners, a lot of them set ambitious goals and then work hard to reach them, some with coaches, some without. I wish there were more resources accessible for these athletes to help them with their goals.  This brings me back to the point of funding. There is a lot of funding out there for beginners, but not much incentive for those who want to coach and work with athletes progressing on from their beginner groups but not towards an elite level. I think that running clubs (like my own Serpentine Running Club) are doing some of the work but still not enough either. I was involved in a meeting where we discussed increasing the amount of competitive females developing through the club and what needs to be done to ensure consistent performance at all levels. No one is benefiting from the dichotomization of coaching and action needs to be taken to ensure it doesn’t continue.

Of course there are a lot of other issues that need to be considered when it comes to women in sport. Are the facilities being designed to the needs of an increasingly active female population? Are programs being offered at flexible times for women with non-traditional schedules? I could go on and on. This also doesn’t negate the work being done with beginners and the many many success stories of these groups getting more people active. I’m just worried we are putting all our eggs in one active basket.

If you got here in my rant then please take the time to order and read Sarah Shephard’s amazing book Kicking off: How Women in Sport are Changing the Game. It’s a great read on the current picture of women in all levels of all sports and has the evidence (that this rant doesn’t) to make you realise what we are up against, but also what potential there is.

4 thoughts on “no one is a beginner forever”