2015 was my year of beer running so it seemed fitting to end it off with a beer mile. On a warm December afternoon, I found myself lining up on the cinder track in Victoria Park beside 4 other women and a lot of beer cans.

You might have seen coverage of the recent Beer Mile World Championships in America, or the world record holder on Ellen, we were pretty sure our event wouldn’t break any records, but we recorded it all on beermile.com and followed their rules just in case. 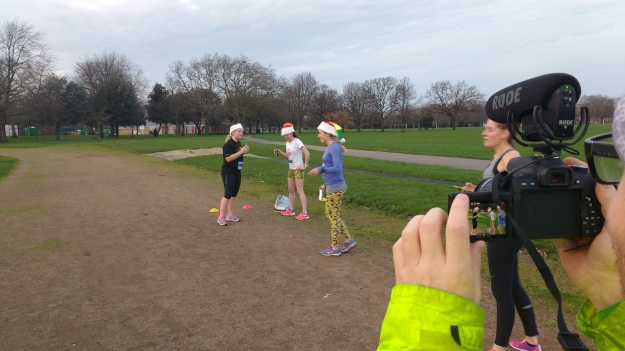 Lining up in the chug zone with our first cans, we realised why the pros get to the venue early. Not for the warm-up laps, but to put their beers down so the foam settles.  Pouring beer down your throat is much easier when it is less bubbly. 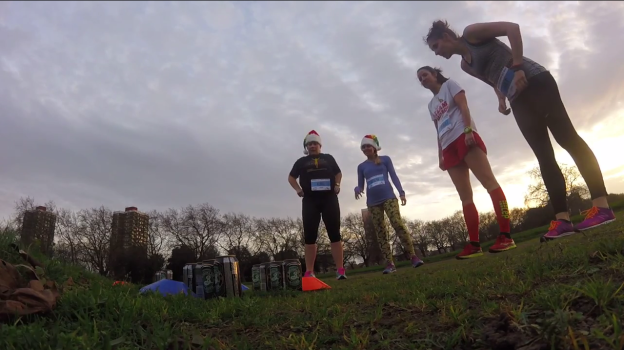 I took a few big gulps of the first beer and in between fits of laughter managed to finish the first can in second place, taking off for a lap behind Josie. We ran together for a bit until we realised best to keep a respectful distance between each other, just in case. 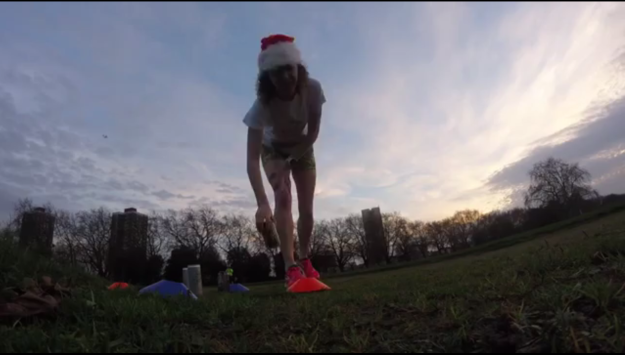 Letting out a few controlled burps on the back straight I came into the chug zone ready for the second can. It went down easier than I thought, and after I tossed it in the designated can bag (NO LITTERING ON THE TRACK!) I was off on the second lap. Well behind Josie at this point I also couldn’t let the controlled burps out as easily as before, now that they had another can of beer in there.  Barfing during the beer mile receives a 1 lap penalty and I wasn’t keen extending this any longer than necessary. 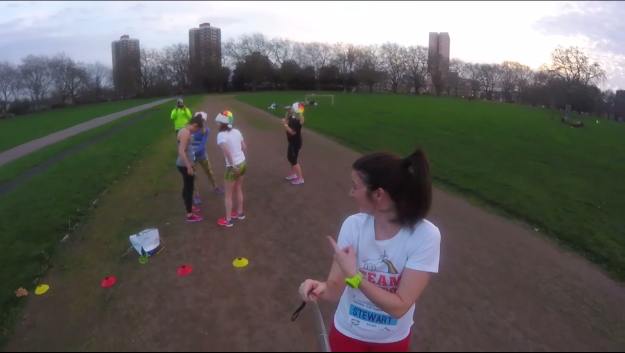 Anyone who has run a mile knows the third lap is the worst. The third beer felt the same, I had no room for it in my stomach, but also knew it had to go down quickly or just prolong the agony. If you watch some of the pros run the beer mile then you’ll see them strolling quite quickly through the chug zone while downing their beer. In our case it was more a case of picking up the can, taking a few steps, resigning yourself to drinking the beer, taking a few gulps, laughing at something someone else in the chug zone said, a few more, hanging around the can bag hoping it will help you finish faster, and finally finishing the last gulp, putting the can over your head as proof and (reluctantly) running off for another lap.

On my final beer it was just a matter of getting it in and around the track one more time. Josie had already won by this point, but my own official beer mile time was on the line. It wasn’t pretty and I fought valiantly to keep it all down on that last lap. Pretty happy to finish in 13:23 (my mile PB is just under 7 minutes) and most excited to sit down for a bit.

Laura told us that the beer mile isn’t long enough to get drunk. Ha. The Beer Mile afterparty went for a while on the track before retiring to Crate Brewery & Tap East for some proper pints. It was a great race and thanks to Laura we even got proper fitting race t-shirts!  Also big thanks to Phil for coming out and recording the event, and generally making sure we didn’t die. 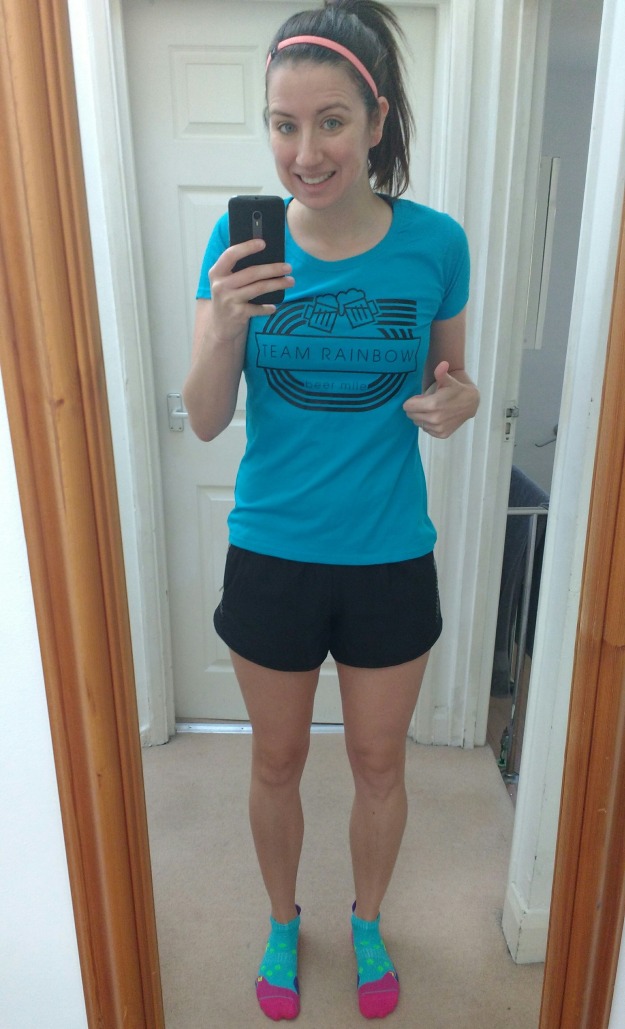