The Women’s Tour was last week and if you didn’t get out to see them (or watch the ITV4 highlights) you missed out. I don’t believe in FOMO or regrets, but cycling fan or not, you seriously missed out on some top world class sport right in our backyard. I’m warning you now for 2016, clear your calendar!

Two groupies all dressed up and on their way to @thewomenstour pic.twitter.com/eROls25Cfg

Laura & I cycled from our neighbourhood in North London along the River Lee canal path up to Waltham Cross for the start of the 4th stage. Laura had her Garmin guiding us along, but the route was pretty easy and could be summarized as “go straight don’t fall in the canal.” 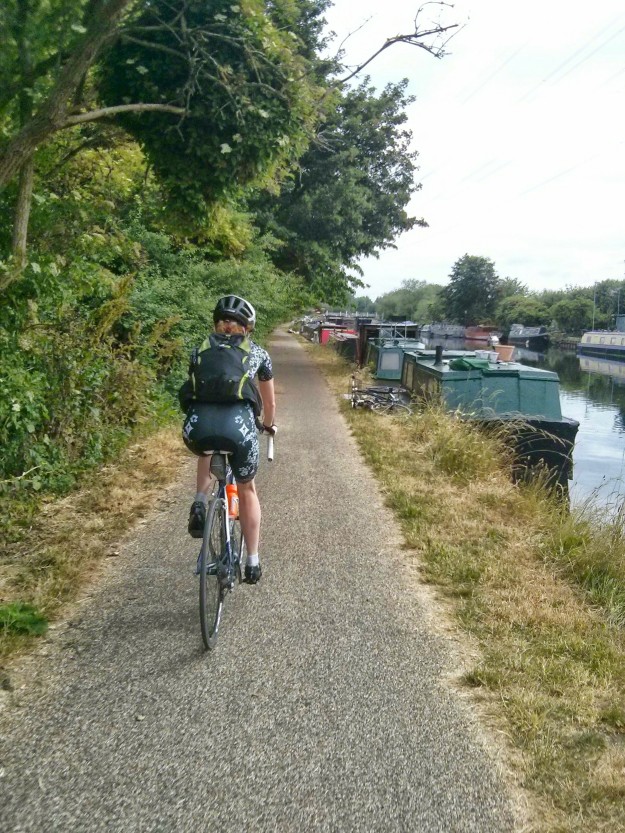 We ourselves were cycling 20 miles that day and going to watch professional cyclists so we wore our best cycling threads, which both happen to be past season’s kit from the Lululemon Specialized team (now Velocio-SRAM). Once we arrived at the start we grabbed a coffee and watched the teams signing in. There were lots of kids around getting team signatures on their t-shirts and people milling around the start area.  People we met mentioned that the team vans were around the corner and we should go over and say hi to the Velocio-SRAM team.

As we wandered around we saw lots of riders sitting outside of their vans, eating, chatting with fans and (standard for any race) waiting in line for the portaloos. It was a really relaxed atmosphere and the professional riders were so welcoming to anyone who wanted to say hi or ask questions. I haven’t been to a men’s professional cycling race start, but I can’t imagine it’s quite the same. 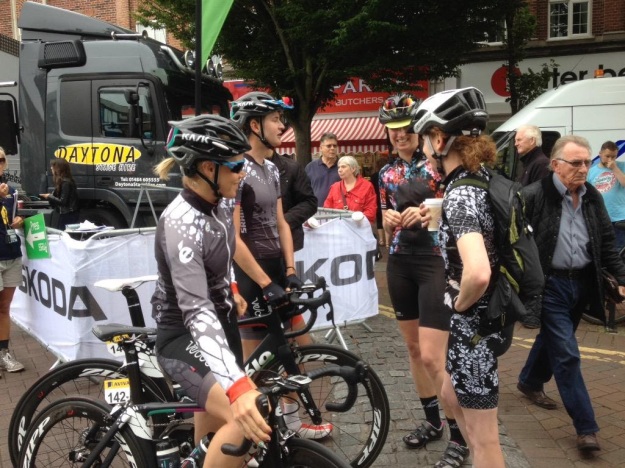 As we were standing by the stage Marianne Vos walked by and said hi to us. She wasn’t riding in the Women’s Tour this year but rode each stage behind the race to be at the start & finish areas.  I asked her if she had found directions to the finish (the night before she tweeted she was looking for someone to ride with!) and she assured me she had but would still probably get lost!  After Marianne went off we chatted with the Velocio-SRAM team about the upcoming stage and asked them to put in a good word so we could get the new season’s kit too!

For the start we found a garden planter to stand up on, and were soon joined by the professional photographers (we know how to pick our instagram view points!) so we had a great view of the initial ride through the neutral zone. We cheered “our” team on and watched as team cars the kids & Marianne Vos headed out behind the group. 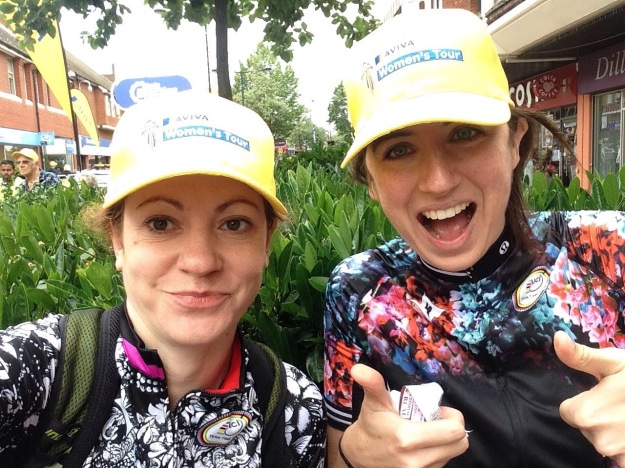 Who has two thumbs and a free Women’s Tour hat? THIS CYCLIST!

Like true cyclists we then headed straight to breakfast. Filled up with beans & eggs we set off back to London. The pros on the women tour were averaging 40 mph, while we hit about 12 mph along the canal. Full of beans that’s OK right? 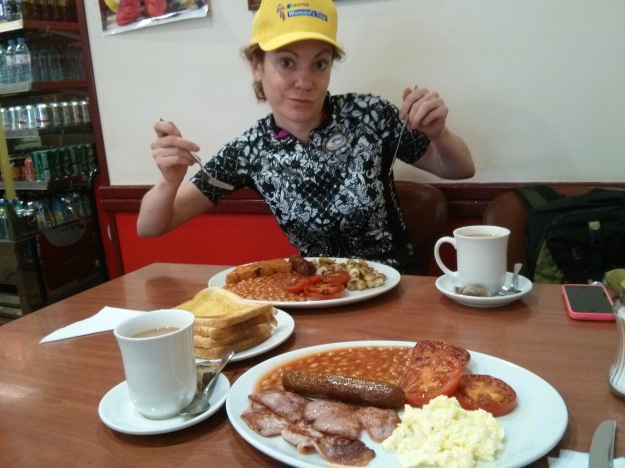 Like I said above it was the perfect morning out and I only wish there were more races in the Women’s cycling calendar I could go to.  La Course will be back at the Tour de France in 2015 and I could be easily convinced to go. Paris is a bit further than Waltham Cross, but there will be a better breakfast…

1 thought on “our tour to The Women’s Tour”