A few months ago I saw a Groupon for Rollerskiing in Hyde Park. Never one to shy away from a random sport, I bought two and waited for good weather.

Finally, on a Saturday in June I dragged Alex to Hyde Park and promised him it’d be an adventure at the least.  We’re both experienced snowboarders, he’s played roller hockey and I’ve done a bit of skiing so we weren’t too scared of the whole go fast on skiis thing. 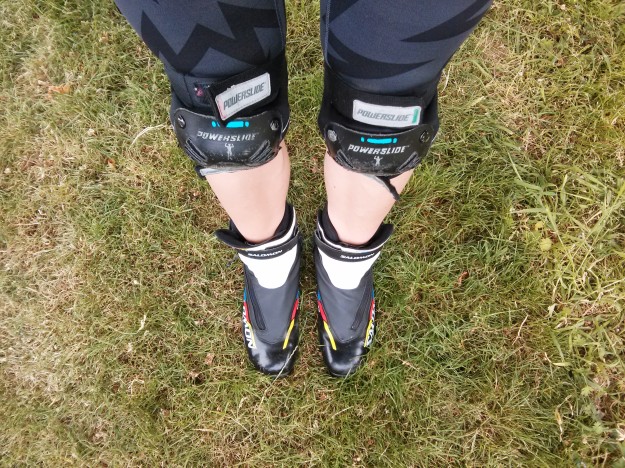 We put on all the gear provided by the company (in very nice condition I might add) and made our way down to the grass to get started with some very simple basics of balance before we even strapped in.  The group was split into 2 but there were beginners and advanced in each group so there was a lot of time spent on balance.

Once we put the skiis on it was a whole new ballgame. I was flying around left right and centre with little to no control. Those things are CRAZY. We spent the hour doing drills back and forth which were fun for 10 minutes but then got a bit boring as we clearly weren’t getting any better but were still practising turns and drags. 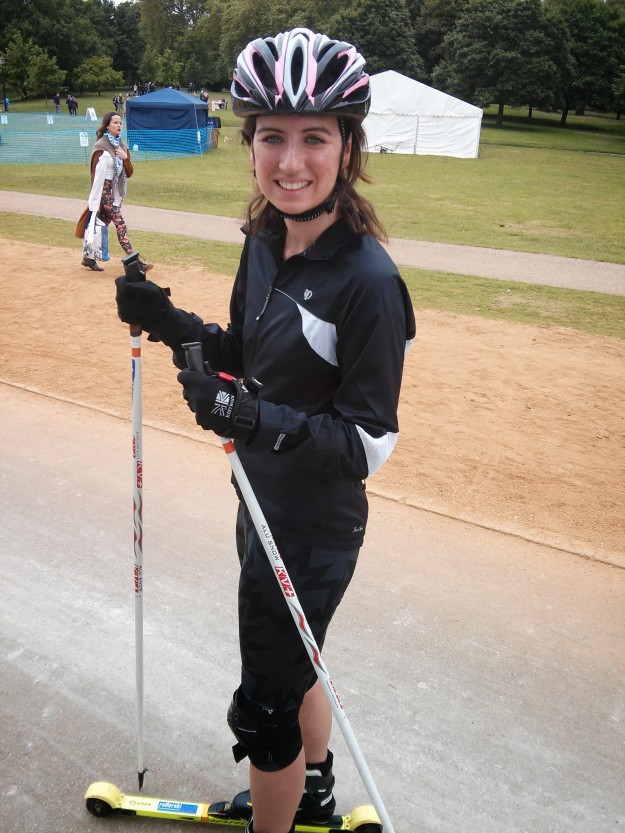 I half expected to be able to ski around Hyde Park a bit with the group, but this was more of a lesson to then join their club and do that then anything else.  Probably not something I’ll take up as a sport, but a lot of winter sport athletes swear by it as a great way to cross train.

If you’re looking for a random day out in London defo give it a go.