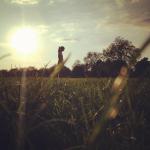 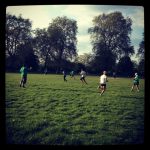 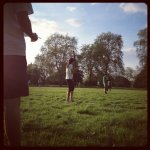 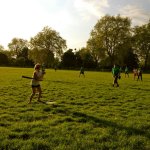 I never in a million years thought that life.laura.london would include playing in a summer softball league.  Isnt’ that a North American thing? Nope! Dave invited me to play on his team in the London Charity Softball League for his charity KickStart Ghana.

The rules are almost the same as the North American game, but trying to convince the Brits that it is actually easier to catch the ball using a glove is taking some work. This isn’t cricket!

After a slow start to the season KSG grabbed a huge win over Diabetes UK last week and continued our winning tradition this week against NSPCC. Click here to read Captain Dave Cole’s Match Report, that includes just the right amount of Canadian references.