On Christmas morning my family woke up to a Christmas tree full of presents. Some filled with chocolate, some warm socks, and some race entries.

Most people would think it a bit harsh to give someone a 5k race entry with only 6 days to train, but I had signed my family up for the Running Room Resolution 5k run/walk without any of these thoughts. My Dad has been running long before I, my Mom is constantly going on long walks with her friends, and my youngest sister was in the middle of a December runstreak. Unfortunately my other sister was back in Victoria with her kids at this point, but she was also a runner before I was and I *think* could put down a good running stroller time.

So, at 10am on New Years Day #TeamDavies and #TeamStewart were trying to keep warm at the Coal Harbour start line in almost zero temperatures.  The race was a small one with a couple hundred people, most dressed in the official blue & green race fleece we’d been given.  A good ol’ fashioned “On your marks, get set, go!” and we were off towards the SeaWall and around Stanley Park. 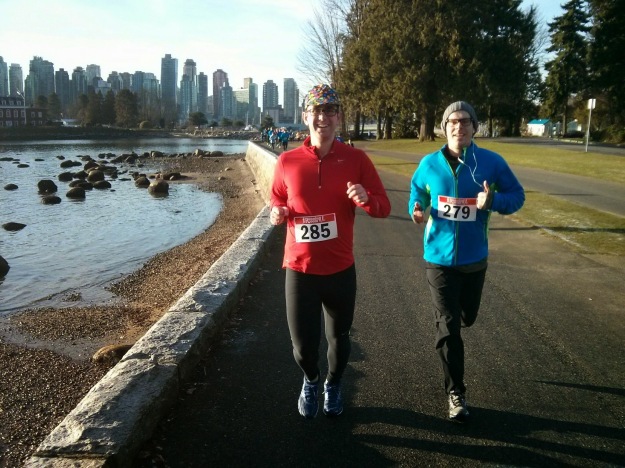 My youngest sister Jessie had twinged her knee the day before so wisely sat out the race and became race photographer, but the rest of us youngers stuck together and enjoyed the perfect running day on the perfect (biased yes) running route.

Mostly flat, we passed the 9 o’clock gun and my favourite lighthouse, and then turned into the park just past the Totem Poles. We then ran up a hill and another hill and I was reminded how no route in Vancouver is truly flat. 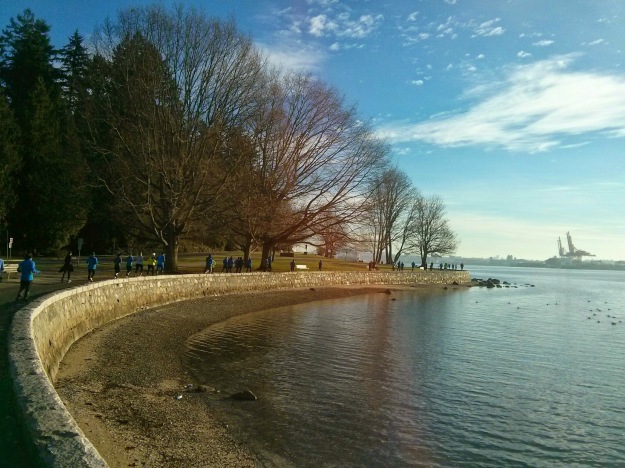 A quick turn over a bridge and we were back at the finish line! 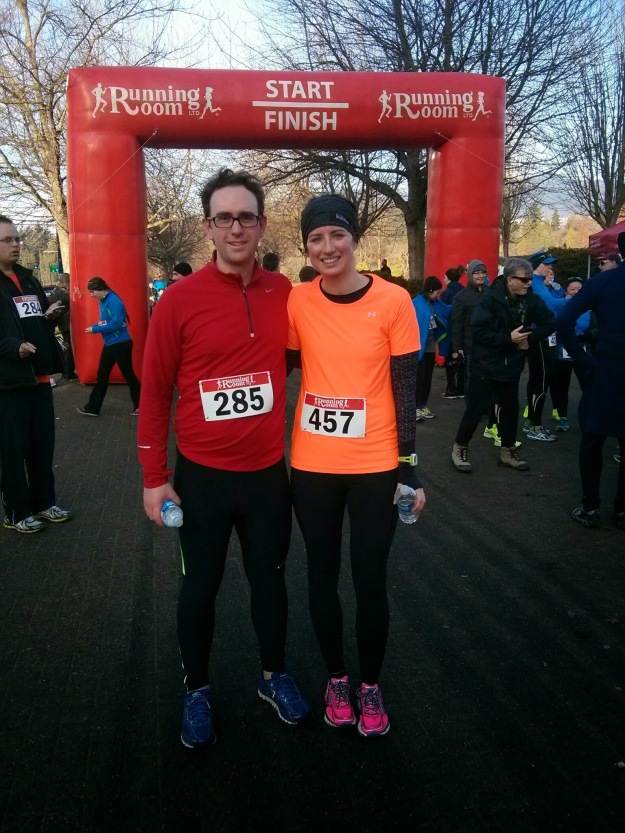 Hot on our heels was my Dad, followed by Nick & Maria (Alex’s brother and his fiancee), and then in just under an hour my Mom finished, even passing 2 other walkers in the last KM! 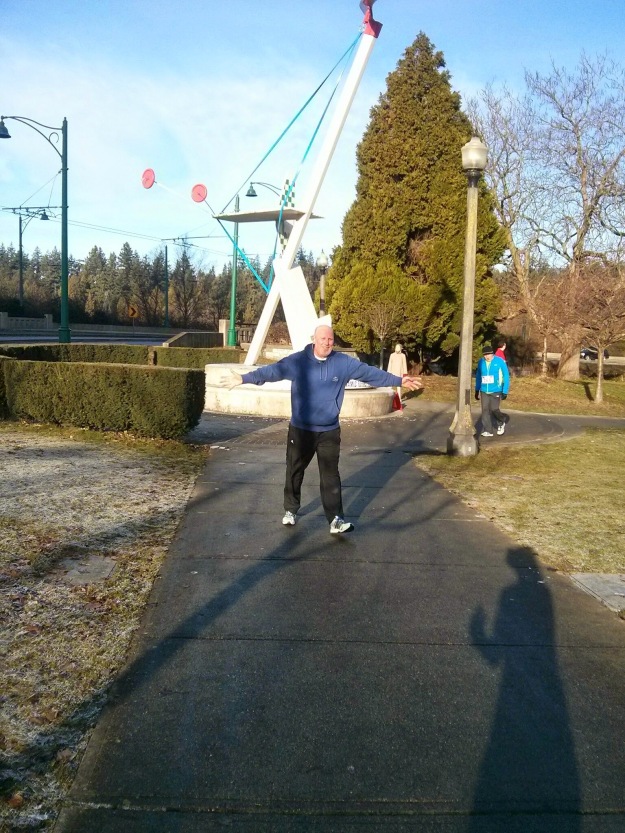 Even Dad’s do airplane arms around the corners 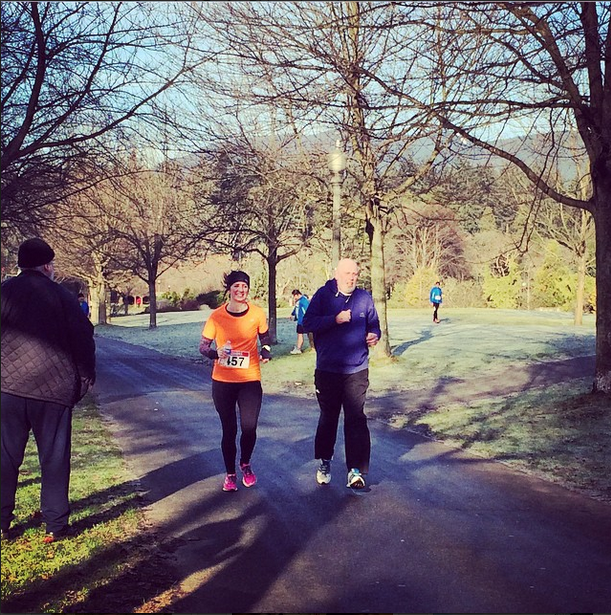 We then met all our supporters and walked along the frosty harbour to Carderos for a well deserved brunch.

Some folks may have thought about doing the New Years Day double and heading off to English Bay for the Polar Bear Swim, but I headed home for a much needed nap.  Maybe next year?