Being a Canadian in London means a lot of things, but most importantly it means that the High Commission can get you into the most exclusive royal events. Each year tickets are set aside for Canadians to attend a few of the Garden Parties at Buckingham Palace, Trooping the Colour, and Royal Ascot.  It’s a ballot so you put your name in and hope for the best.

This year Alex and I were lucky enough to get tickets to 2 events! Trooping the Colour and Royal Ascot. Early on a Saturday morning I grabbed the fascinator I made at the Make Lounge a few years ago, and headed down to Horse Guards parade for our (almost) front row seat.

It was a pretty impressive sight to see British and Commonwealth armies performing to celebrate the official birthday of the British Sovereign (no matter what the Queen/Kings birthday they celebrate it in June when, “it’s more likely to be better British weather”) The whole Royal Family showed up and of course that meant I was most excited to see Kate (even without George) wizz by in a carriage.

The next weekend it was Royal Ascot time. I grabbed a longer dress from my wardrobe and bought a hat to meet the Royal Enclosure Dress Code. For once I had it way easier than Alex as he had to rent a whole morning suit and top hat.

We jumped on one of the crowded trains from Waterloo early Saturday  morning and armed with M&S gin and tonics we survived the hour ride to Ascot. There wasn’t much room to have a quick picnic before going in, but we found some grass to eat our sandwiches and drink or mini champagne on. There is a strict NO SNACKS rule in the Royal Enclosure and I was slightly worried about the restaurants only serving £100 lobster platters. 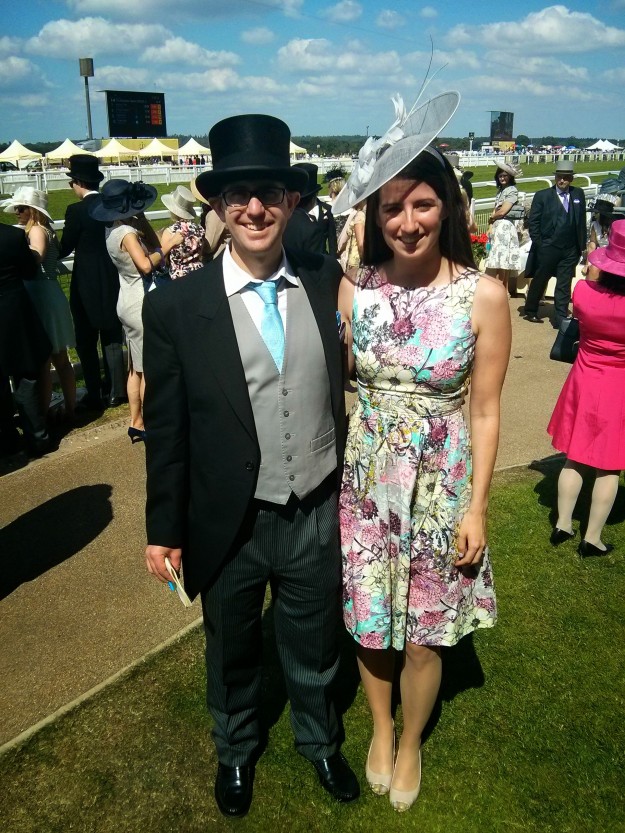 After a quick bag and outfit check (a bag of sneaky percy pigs made it in!) we were on the grounds and ready to gamble. We had arrived at about 1pm and after grabbing our race cards and putting £2 on the queen to wear blue decided to make our way into the Parade Ring for a front row seat when the Queen arrived.

Right after that we went to place our bets on the first race and grab a jug of pimms to beat the heat. 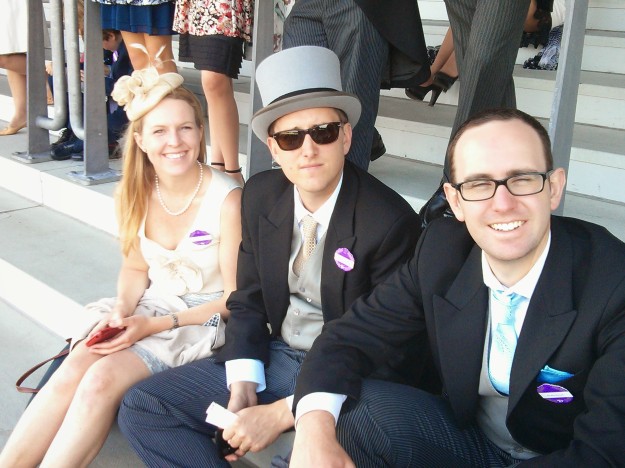 We spent the afternoon alternating between the grandstands and the gardens (where you could drink) and won big on the first race, then in true Ascot fashion, lost it all on the last race. 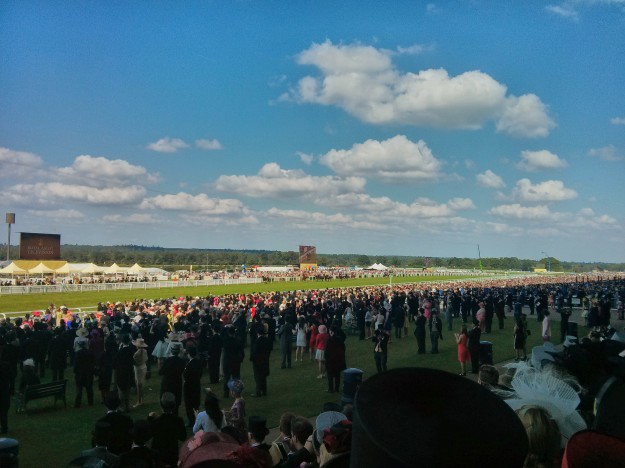 As far as super British things to do go these were great to check off the list (even if 99% of my British friends have never been to either).