There’s been a lot of talk recently about the London Marathon. Crowded routes, cheaters, and a ballot that closed after only 9 hours. It’s not the perfect marathon by any means, but it is still a special race that I hope to get a spot in one day. 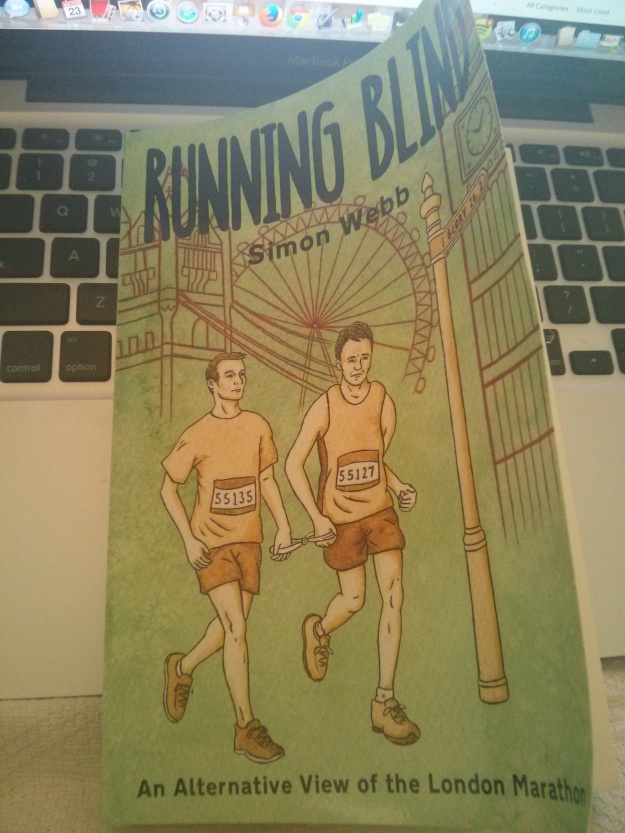 I recently bought Running Blind: An Alternative View of the London Marathon by Simon Webb who I met at the last Write This Run conference. As a blind runner, he runs (fast) with a guide and when he got a place in the 2011 London Marathon he did some research on the route. Some of it practical (where would the water stops be), but most of it is because he would never be able to appreciate the aesthetic quality of London on marathon day.  Most sighted runners know that fatigue can set in when you’re running along a long stretch of road with “nothing” to look at, so Simon set out to learn more about the history along the route so he could think about and talk to his guide about something while running the marathon.

Simon ran the London Marathon in 3 hours and 43 minutes, but the book itself follows his journey after the marathon to explore the route on non-marathon days. The relaxed pace of the book allows you to enjoy the interesting stories of each street and take in the experience of running the London Marathon. It’s given me a new outlook on running and coming up on my first marathon this fall I’m excited to take on the physical challenge of running 26.2 miles, but also the emotional experience of running through areas, stories, and experiences.

My favourite story is one of a great fire in the West India Docks during World War II. The fire consumed a warehouse of sugar and when the firefighters put out the flames with their hoses, what was left was a street of slightly charred toffee. People of East London were coming up for weeks chipping sweet chunks off the streets! I also loved learning about the world’s oldest tunnel under a navigable river – The Brunel Tunnel – which is now the Overground between Shadwell & Wapping. Hard to imagine the investor dinner parties that used to take place down there when whizzing through on my way to Decathlon.

It’s safe to say the book is a great read for runners and historians alike. It’s a different approach to both topics and I can’t recommend it enough. 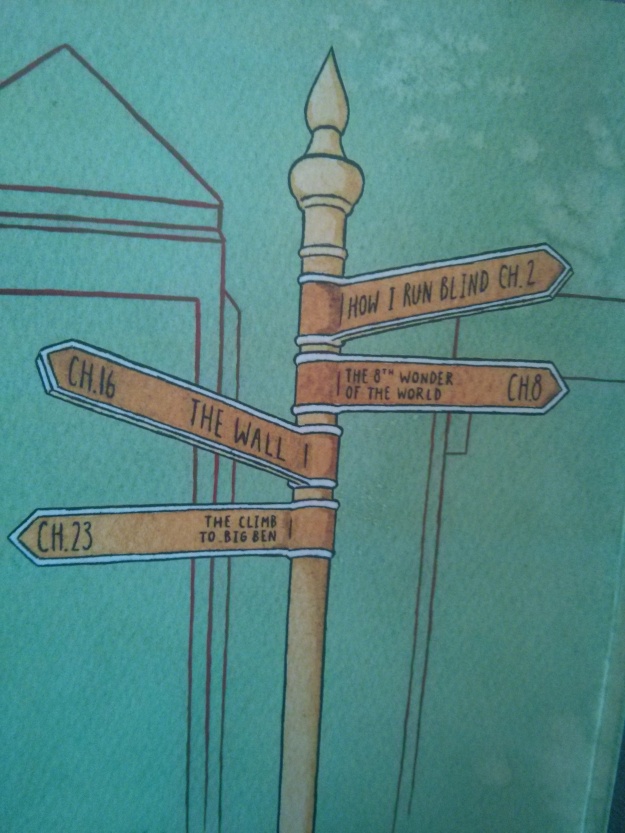