Along with 10,000 of our closest friends, Alex and I ran The National Lottery Anniversary Run at the Olympic Park.  It was the first time the stadium opened up to the public since the Olympic games, hence the #backtothestadium hashtag filling up your twitter feeds on Sunday.

I’ve heard a lot of complaining about the event from various participants but anyone who did even the minimum of preparation knew the course would be a) windy and on various surfaces b) 5 miles through the still under construction Olympic Park and c) busy.  Also, there was a whole page on how to get to the park via public transit on a Sunday. Sometimes I think that the complaining people do about races is more tiring than actually running the race.

A few days before the race I tried on the technical t-shirt they sent over and it was probably flattering on men aged 16-21, but, a top tip to race organisers, that’s not enough to be considered unisex.  A quick pinterest showed me how to hack it into a wearable vest with the bonus of a much cooler top on what was forecast to be a hot and muggy race day.  I added my golden Shwings for an extra boost and was ready for the race.

The morning of the race we hopped on the Javelin from St. Pancras and 6 minutes later arrived in Stratford.  Even if the Overground was open I would have taken that option. Amazing.

Security was efficient and we had time to warm up with Mo and take a peak into the stadium before the race.  The line up for bag drop was long but moved quickly. 1 hour from arriving at Stratford we were lined up in our pen ready for the awesome warm-up led by a guy on a cherry-picker crane above us all. 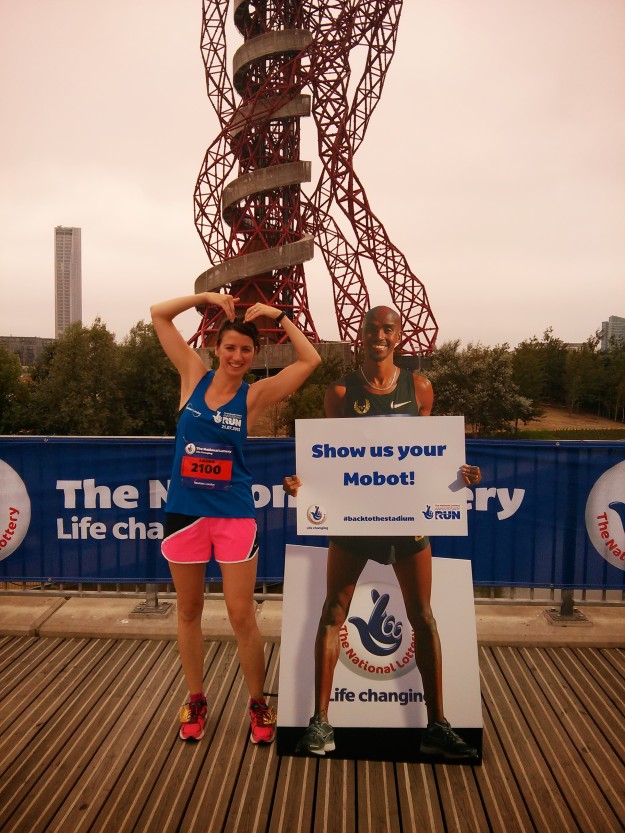 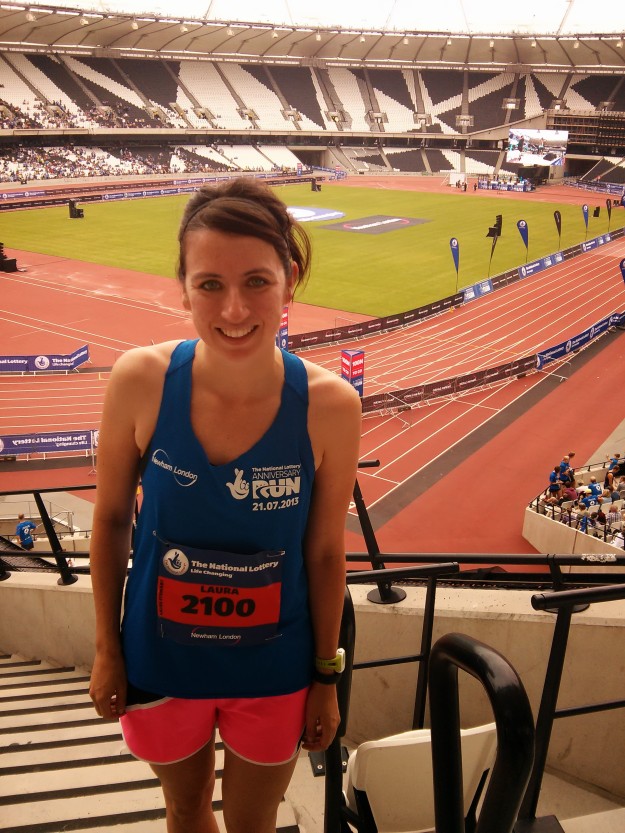 The race itself was so much fun. After getting a wave and some good luck eye contact from Chris Hoy we set off following the twists and turns of the route.  I was too busy looking around at everything and remembering how great it all was last year to worry about things like gravel patches and people not running the tangents. As usual we were elbowed out of the way but those fast club runners who can’t seem to show up to a race on time so end up at the back of their pen, but nothing detracted from the fun of the event.  I danced along with the bands near the velodrome and gave high fives to the runners on the other side as we doubled back on a few roads. The shower tent was a welcome break just after 3 miles and as we ran towards the Orbit I wondered if the route would actually go up it for those more hill-inclined.

I saw Paula and Mel C. on the double backs and cheered loudly for them.  At this point I noticed that everyone around me was a lot more serious than I was and I was in trouble of becoming “the loud American” (erm. I’m Canadian) so I tried to keep my cheers to myself, but as we ran under the stadium (along the same route as the Olympic Flame came in during the Opening Ceremonies!) and ran along the same practice track Jess Ennis and co. warmed up on, I couldn’t help but give up some Whoop Whoops and dance along to Chariots of Fire.

I’m pretty proud (for once) of our amazing race photos and the dudes who photobombed us.  Not sure the guy in photo #1 should be hurting that bad after 5 miles, and thanks to the guy in photo #2 for being a total Bro. 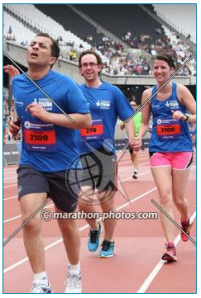 Just as we were about to enter on to the track I got had some serious Olympic emotion come over me (you know the one you get when you see Gemma win the gold, or hear Nicole give an interview about her championship win?). We waved at each of the 3000 fans in the stadium and really enjoyed running along the bouncy track that all of the greats were on less than a year ago.

As we collected our goodybags and medals we saw the massive queue for the baggage so we just headed back into the stadium to sit in the sun and watch the rest of the finishers run the track.  We were perched right above the ‘100m to go’ sign and were seriously LOL’ing at some of the sprint performances. It was excellent post-race entertainment.

Then the family race started and I could not believe how fast some of those kids ran the 1.5 mile route! The best were the little kids running with their parents getting so excited and waving to everyone. Again, I was totes emosh. 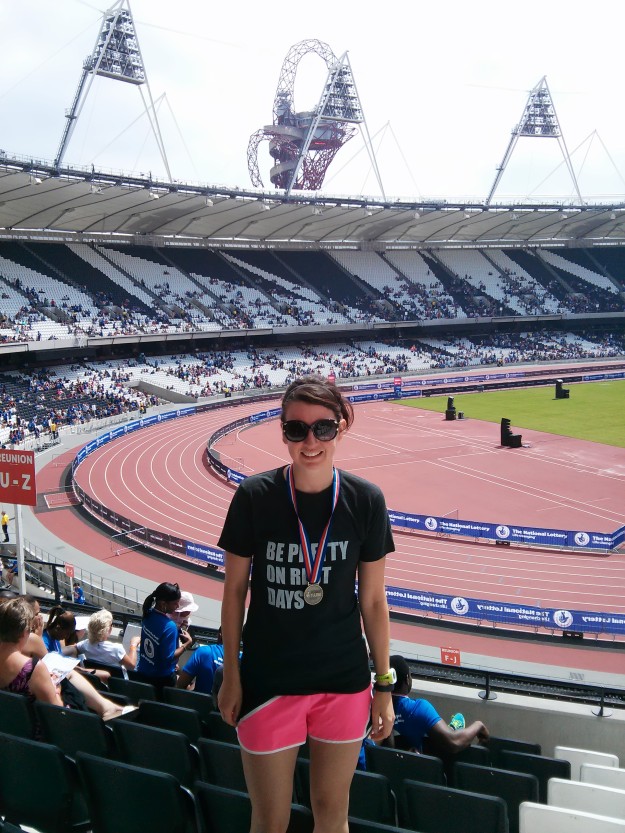 My favourite post-race shirt. Thanks @spikesandheels!

After we packed up we said goodbye to the park and headed down to the amazing Tour de France fan park in Canary Warf.  There’s nothing like a post-race gin and tonic in the sun while watching men cycle 180km. Lovely afternoon. 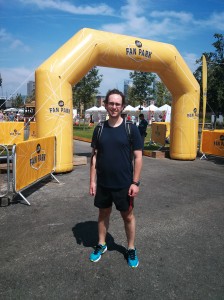 All in all, it was a great race and pretty much everything I’ve ever wanted in a Sunday in London. I’d highly recommend this race to anyone wanting a mass-participation race in London. It’s much better organised than the London 10k (and shorter) and the value for entry fee is great.